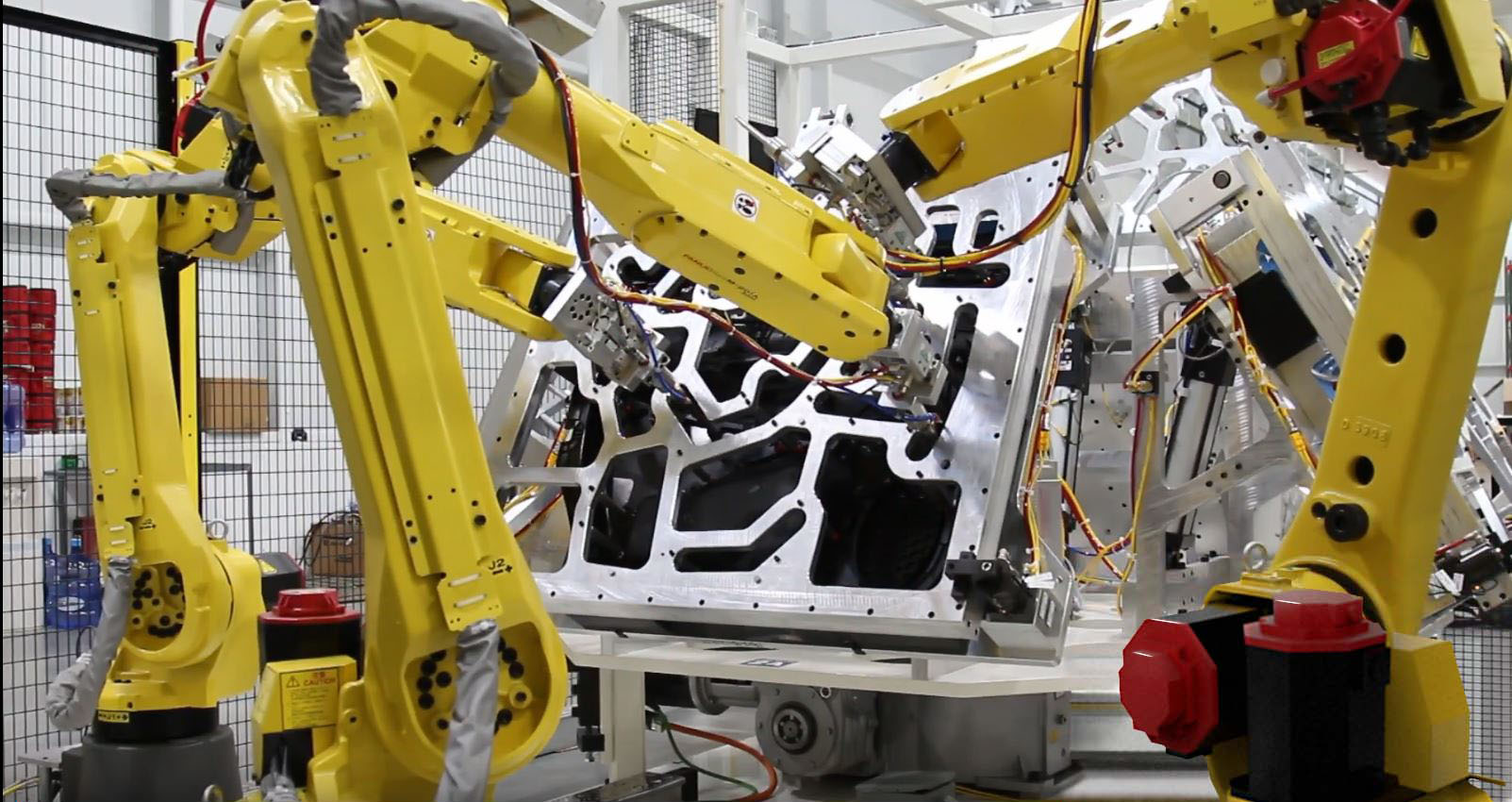 As production and operational efficiency demands continue to increase, automation integrators will continue to face rising expectations from original equipment manufacturers (OEMs) and suppliers to help them meet production goals on time and on budget. Sometimes, it’s not enough to just cover the requirements. OEMs and suppliers are looking for value beyond project deliverables, and this is where an integrator’s creativity comes into play.

In late 2015, CTG began working with a Detroit-based Tier 1 automotive supplier that makes the interior door assemblies for two industry-leading, midsize SUVs. To improve operational efficiency, CTG was asked to design a solution that allows for components from both vehicles to be produced on a single, interior door assembly machine.

These components (parts A and B) cannot be assembled at the same time, so CTG developed a sequential pattern for the assembly that includes four stations. Part A requires two stations with two 180-degree turns, and a 90-degree shift begins the assembly of Part B, which also requires two stations and two 180-degree turns. All in all, the machine must move a total payload of 3,200 pounds across a 7-foot radius at 180 degrees in four-second intervals to meet the desired output.

“Considering the volume and speed specifications for this multi-purpose assembly system, we knew quick-change indexer tooling was going to work best,” said Tony Polega, engineering manager, CG Automation & Fixture, Commercial Tool Group. “In addition to flexibility, another key component for this project is durability as the constant loading and unloading of the large and heavy parts needs something that is going to last.”

To complicate matters further, the first set of quick-change indexing prototypes had to be designed, developed and delivered in just seven weeks, which is four weeks shorter than the typical timeline provided by all other bidders.

With a tight budget and an even tighter deadline, CTG chose to work with Destaco, the industry’s leading global provider of high-performance automation, workholding and containment solutions, and the only bidder able to commit to the seven-week turnaround. DESTACO’s technicians partnered with CTG’s experts to develop a custom Destaco Camco  1301RD Series roller gear indexing package that could manage the payload, speed requirements and output standards.

“There’s nothing standard or off-the-shelf about these units, as they’re completely manufactured from start to finish. We worked with CTG to develop a highly customized solution, and we had to do it quickly,” said Joe Phillips of Phillips Automated Solutions who specializes in Destaco projects in Michigan.

Polega worked closely with Destaco’s application engineers to employ two courses of action when developing the indexing solution to accommodate flexibility and durability needs. First, flexibility was considered with a constant-lead cam and servo drive, allowing the indexer to process the alternate parts for both vehicles with higher speed capabilities. Then, tooling design was rearranged using FEA to remove enough weight so both configurations could be assembled using the same indexer solution, extending lifecycle expectations and durability.

“These indexers are built like tanks. We don’t anticipate having any issues with them, ever,” said Polega. “This high-performance solution was purposefully engineered to last longer than the interior door assembly machine. It’s highly durable and expected to run for the next 10 to 20 years.”

As a complete system, Destaco developed a servo-actuated Camco indexer that combines the benefits of an indexer – including a preloaded drive with no internal backlash, large face mounting, high-capacity bearings and rigid housing for increased durability – with the advantages of a servo – including flexibility to change motion, higher control ability and computerized monitoring. This results in a very fast tool change with no downtime.

“Working with the team at CTG in redesigning their tooling to reach the best solution is the type of challenge we overcome time and time again,” said Tom Bemer, manager, Product Applications and Customer Service, Indexers, Destaco.  “We were able to quickly pull from our extensive line of cam-actuated motion control products to customize a complete, cost-effective system that enhances equipment performance and meets production requirements.”

CTG ordered nine custom roller-gear indexing solutions from Destaco to fit the first nine of 13 machines. The first set of prototypes was delivered in the seventh week and the final units were delivered in week 11 for a total of 13 units.

“Delivery for these prototypes was a key obstacle for this project because they’re pretty large and highly customized,” said Phillips. “Destaco manufacturers all of its parts in the United States, so we were able to work locally and ship across a shorter distance, allowing us to meet the seven-week turnaround.”

“We’ve already had inquiries from others to build identical tooling for similar indexing needs, so we’re looking forward to working with Destaco in the future,” said Polega. “This partnership has been a great fit for us, we found Destaco’s prices are better, their reps are local and their products are proven.”